skip to main | skip to sidebar

Every now and again, there is a gathering of executives in offices who decide they should celebrate a special occasion with cake.
This is their story...

The first cake I ever laid hands on: I worked at a wonderful Patisserie called Mezzapica in Leichhardt, Sydney where I realised I had a passion for cake decorating. My mother almost died from fright. She knew I loved eating but actually feeding other people? Who would have thought?
I was working in the kitchen of the restaurant when the pastry chefs who worked in the Bakery let it be know that an order had been taken for Arnotts to celebrate their 130th Anniversary. They had, up until this time, re-created images on cake with a process called KopyKake art. Using a projector, they would throw the image onto the surface of the cake and pipe a chocolate outline which would then be filled with colour from either an airbrush or with coloured piping jelly.
Never, had they encountered a difficult image such as the Arnotts' logo. I, however, knew I could draw/paint it but could I do this on a cake? I asked them what they used for colour and I was shown the edible airbrush colours. I thought I would give it a shot.

Arnotts rang after the event congratulating the staff on a job well done - exceeding expectations. Personally, I was stoked - and a monster was born!
Each weekend after working in the kitchen or in spare time, I would throw myself into the ordered cakes with images....the Spice Girls were the bane of my existence...but that's another blog. 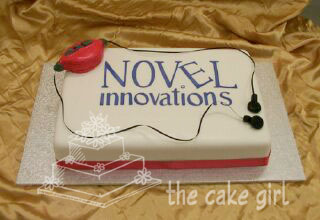 When MP3 players were only new! 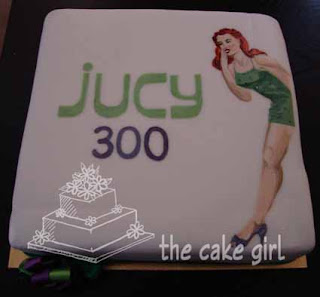 The new company of rental vans making their way through Brizzy - great branding! 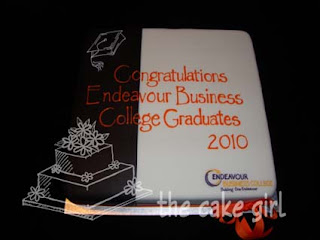 One of my best clients... 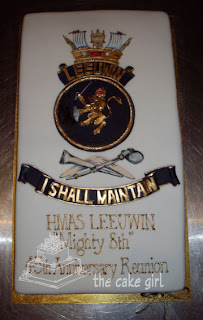 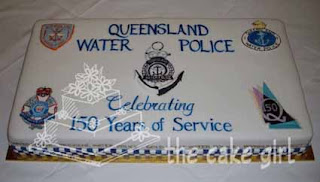 More work than it looks! Especially hand-painting all those logo's. 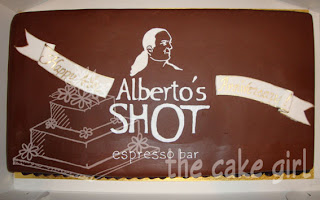 If you guys get the chance to drop into Alberto's down at West End - it's a must! Great, friendly service and fantastic food and coffee to die for. And Alberto is an entertaining hoot! 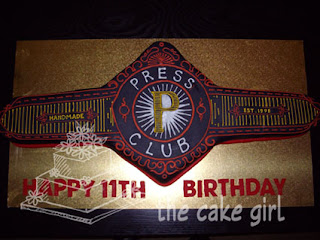 I thought this cake for Press Club looked fantastic - I don't think the camera does it justice. 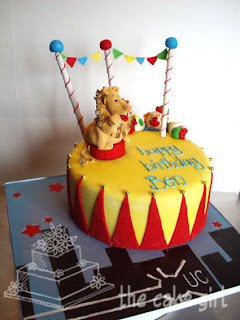 Urban Circus is another fantastic client of mine - great bunch of guys and girls who have had more than a few of my cake creations over the last couple of years. 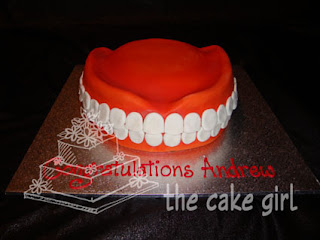 Another return client of mine whose hubby was opening his own dental practice in Mount Gravatt. 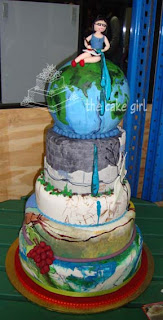 ﻿And last but definitely not least - the exhibition cake which tells the life story of the artist Emily Fong. From her Asian heritage with red and gold at the base, inspired painting from her Boondall Wetlands, Sirromet Winery, sketches from her travels abroad and the wall which inspired her invitations to her masterful exhibition. Emily sits on top of the world with her canvas for her next great showcase.
That's all folks for now but I'll be back soon with more from the world of the cake girl
xx
Posted by Unknown at 8:37 PM